« Seasonal shifts inside and out | Main | Cutleaf toothwort is up in the holler! »

On my first holler-walk since the subfreezing temperatures of last week, I didn't need a coat and didn't take my camera. Of course, I found all kinds of things to report:

Amur honeysuckle and multiflora rose have a few leaves as well as plenty of leaf buds.

I also found more sharp-lobed Hepatica leaves than I can remember, probably two dozen or more individual plants in two different areas. I checked these spots closely, looking for signs of rue anemone and trout lily, and found only the Hepatica leaves. Hepatica comes up every year in the holler but I usually find just two or three plants in each of the places I saw them today. It looked like somebody had been nibbling on a few of them.

Here's an image of Hepatica acutiloba I took last March: 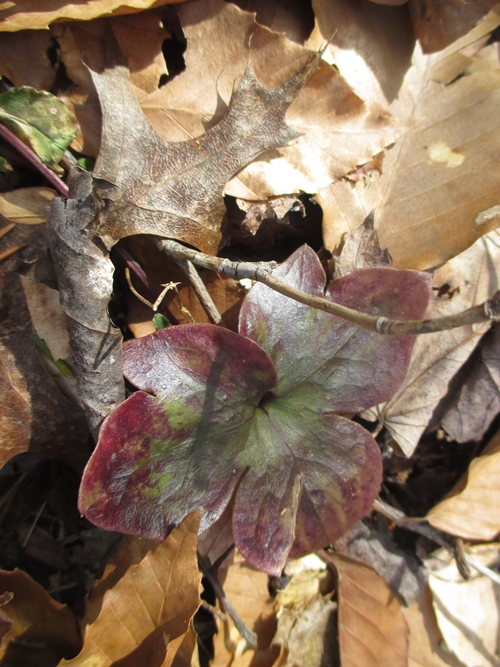 Several bird species called out while I walked: I heard at least five blue jays all vocalizing at once from five different directions, but only saw one of them. I saw two tufted titmice -- one of them was singing -- also a singing Carolina wren. I heard a cardinal but did not see it. I caught sight of several very small quiet birds but never got close enough to verify their species.

I did find some interesting bird evidence to bring home and photograph. My 2020 phenology observations calendar made an appropriate backdrop for it: 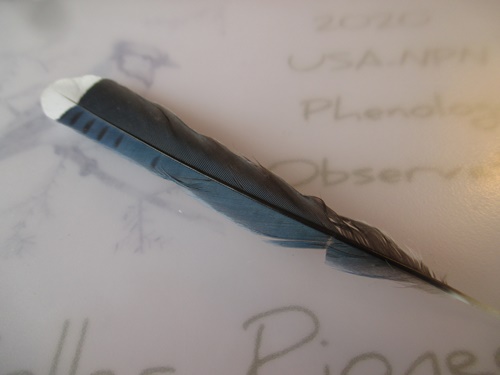