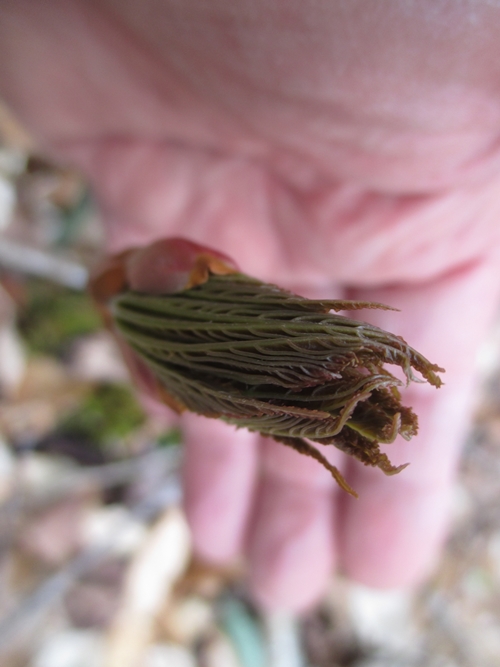 Bucky! I pretty much shouted for joy to have caught Buckeye-1 with leaves just breaking through its bud scales. Such are the simple pleasures of a phenology observer.

When I did my holler walk on March 23rd, I wasn't sure what I'd find. Two inches of snow in the early morning hours and most of the day of the 21st covered most plants. That night and the next, we had freeze warnings, with daytime temperatures just high enough to melt most of the snow. Many of the plants I observe already had leaves, buds or flowers; I guessed others were close to popping up because I'd been seeing their relatives in lower elevations of the holler for several days. 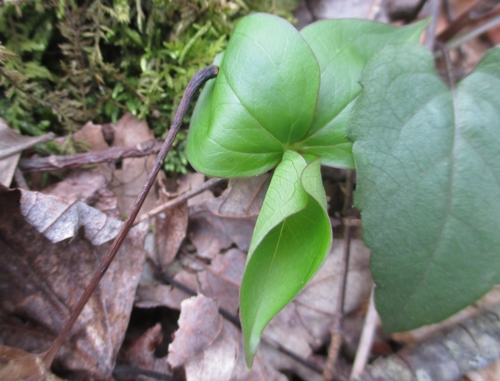 When I finally got out for a closer look on the 23rd, I found everybody in good shape. Stuff that had already come up, as well as new arrivals like the buckeye leaves and white trillium (above) looked lively and undamaged. I also found yellow trillium (see photo below), many with buds forming, in several locations by the house and the creek. 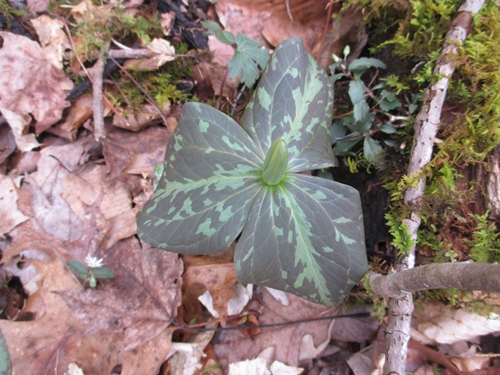 Never knowing what I'll find, and being surprised, is yet another joy of tracking life cycles of plants, birds, insects and animals in the holler. In my last post I noted that yellow trout lily (aka dogtooth violet) leaves had emerged, so I knew buds and flowers would be along soon. Here's what I saw around the marker for dogtooth violet-1 before I even got to the buckeye and trillium flags: 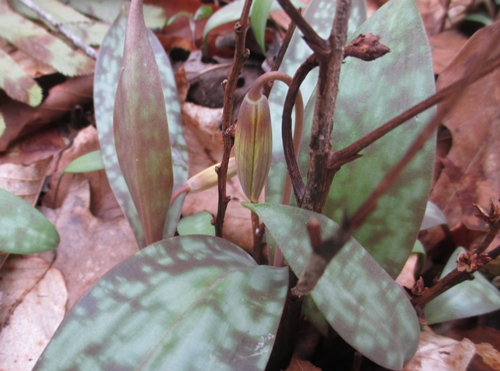 Further down the lane, I noticed that Jewelweed-3's leaves had grown some. The photo below illustrates the presence of initial growth--the larger, rounder structures, and the first phenophase I watch for in spring--as well as the first actual leaves, another phenophase, visible between them at their base. As the leaves grow, the initial growth will turn yellow and drop off. Until then, when I submit data on Nature's Notebook for this plant, I'll mark that I observed both phenophases for Jewelweed-3. 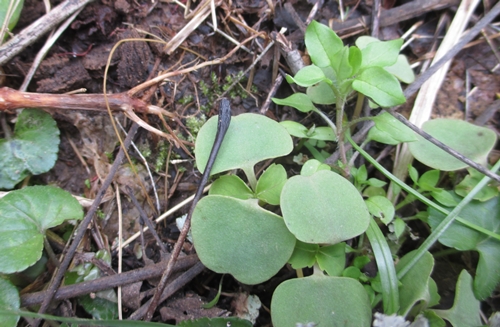 The star chickweed, another common early spring flower in the holler, started coming up about the same time rue anemone did this year. This one only has a couple of flowers now, but during its usual season from April to May, these chickweeds will have many flowers per plant. In the holler, I often find them near violets and trout lilies--very photogenic groupings. I'll try to illustrate this in a future post. 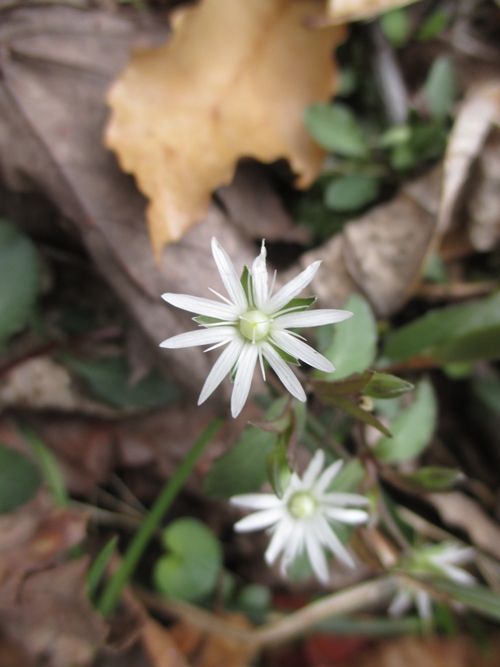 Rue Anemone-1 (below) made it through the snow and freezes and shows one of its flowers fully open and moving toward the seed phenophase. This is one of the plants I thought might take more of a beating with the harsh weather last week. 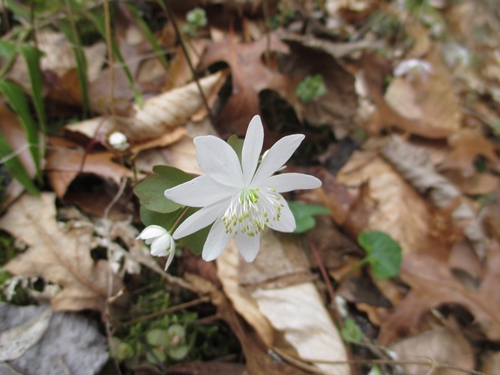 The amur honeysuckle and multiflora rose plants I observe have lots of leaves now, some of which have reached full size, even as other parts of the plant have breaking buds. Here's the multiflora rose on March 23rd: 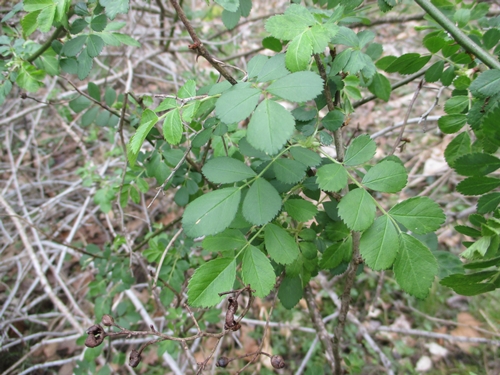 Last night we had a few minutes of hail accompanied by thunder, lightning and heavy rain here in the holler, a total of 6-inches of rain out of this last system. Many of the flowering plants I observe have at least some shrub and tree cover above them, which helps break the impact of hail. I'm guessing I might see a lot of forsythia blossoms on the ground today, as that bush is more in the open. I hope to get out later to see what's up--or down.

By the way, I added a new Phenology album to my Flickr pages. I'll add photos and comments there that illustrate phenophases of the species I observe for Nature's Notebook. You can also access my photostream from the Flickr link in the sidebar.