The Bug at Karma Dzong

I still regard my encounter with a bug at Karma Dzong -- a meditation practice center in Boulder, Colorado -- with wonder and awe. Up to a certain point, what the bug did might be interpreted as simple coincidence, having nothing to do with my presence, thoughts, intentions or projections toward it. What unfolded beyond that point, however, compelled me to question some basic assumptions about what's possible in humanity's relationship to nature and any individual being within that field. 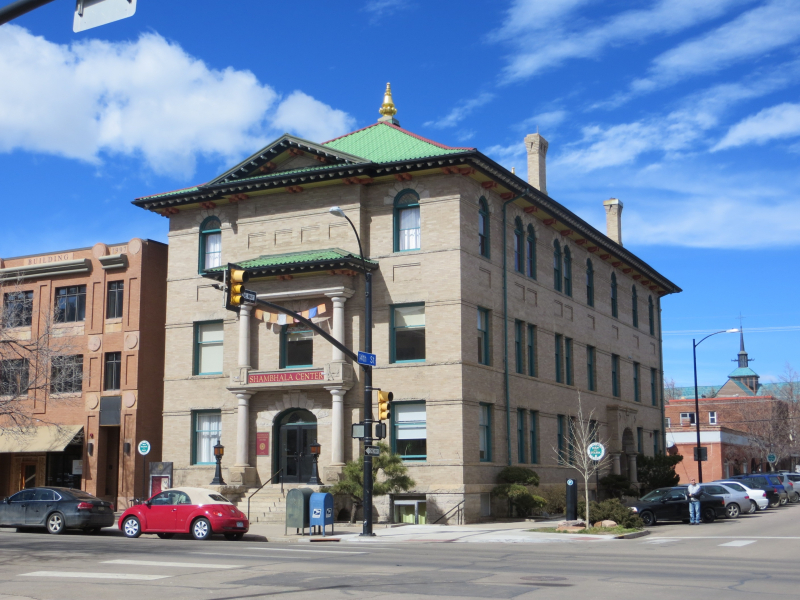 The Shambhala Center at 14th and Spruce in Boulder, Colorado, known to me at the time of my bug encounter as "Karma Dzong". [Photo: historycolorado.org]

In the fall of 1989, I entered the master's degree program in contemplative psychotherapy at Naropa University, and had begun to practice meditation at Karma Dzong as a way of connecting with the Buddhist community in Boulder and seeing if Buddhism was a path to which I wanted to commit more deeply. This bug event took place during an evening sitting meditation. On that particular evening -- after two or three others had left -- I was the only one in the hall.

As I sat, eyes open, with lightly-held gaze cast toward the row of mats six feet or so in front of me, I noticed a bug moving directly and steadily toward me. When it reached the edge of the mat in front of me, it stopped. My practice for many years had been to greet -- in speech or in silence -- any creature whose path I crossed, and so I sent a silent "hello" to this insect. This individual continued to sit motionless in front of me, and I found myself wanting to engage with it further.

At the time I didn't know what kind of bug it was. Pulling up image fragments still available so many years distant from the original experience, I'm guessing now that it was member of the soldier beetle family. Among gardeners, these species are considered friends to be welcomed: they do no harm to plants, they feed on aphids and other garden pests, and serve as pollinators as they move around through flowers. I did not know any of this natural history back then, so it's interesting that the first thoughts to emerge in my exchange with this little being was that of feeling out of place.

We continued to sit in each other's presence. In my own mind, thoughts continued to arise. What might it be like to be so small a being in this huge hall, kind of at the mercy of human feet or bottoms that walked or sat here? Not that any Buddhist would intentionally harm a sentient being such as this, but I could easily imagine accidental squishings of one so small.

From this thought, facing the still motionless insect, another thought arose and I sent it silently to the bug: "If you'll crawl up on my pack [which I'd placed on the empty mat to my right] and wait, I'll take you outside." 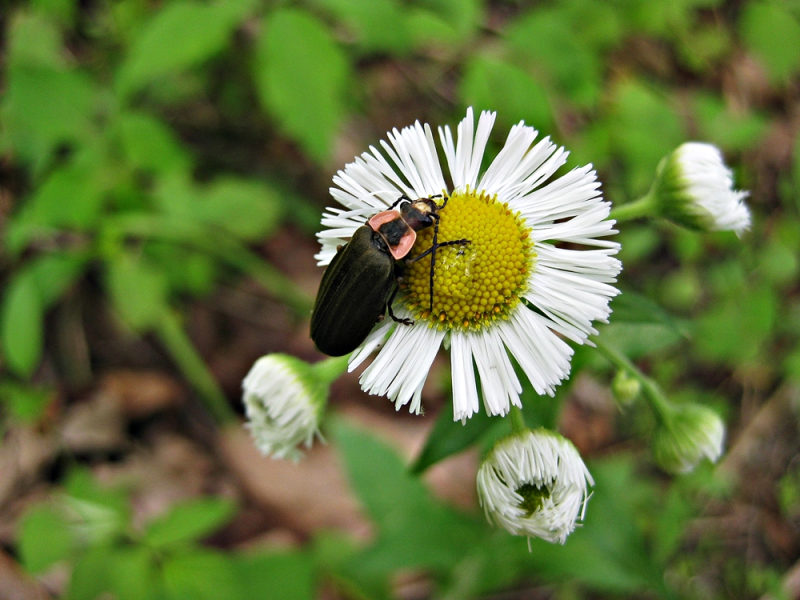 Another species of soldier beetle that I found here in Tennessee: Podabrus brevicollis. This looks a lot like the bug I saw in Karma Dzong, but I'm still researching the range of P. brevicollis. [Photo: Cathie Bird, May 4, 2011]

I had no expectation that the bug would respond. To my astonishment -- and this is the place in my experience that threw so much into question -- the bug immediately turned and walked to its left. When it was in front of my pack, it turned back to the right, crossed the gap between the mats, and crawled onto the pack, settling quickly on the narrow ledge made by the zipper of the smaller outer compartment. And there s/he sat for 15-20 minutes, until I was done.

My exit from the hall was not that quick. I retrieved my shoes, walked to head of the stairs, stopped to put my shoes on, walked down the stairs, then exited through a side door to 14th Street, making sure the door locked behind me. Through all of this bumping and swinging, the bug clung to its spot on my pack.

I walked a few yards north on 14th Street to some plantings along the outer wall of Karma Dzong. Carefully de-shouldering my pack, I held it near a leafy bush. Without hesitation, the bug crawled to the edge of my pack and onto a leaf. I watched for bit as the bug went on about its business, then got on my bike and rode home, greatly energized by this wonder-filled encounter.

In my study of contemplative psychotherapy at Naropa, I learned about exchange, defined as direct experience of another person. Such exchanges have happened many times in connection with people, both in my practice and out in the world. I think it's likely that some parts of my experience with the bug in Karma Dzong involved exchange between human and insect.

It has not always been the case that the way I want to share about such things is more rooted in the experience itself. Post-Naropa, and meditations at Karma Dzong, I'm more inclined to let thoughts emerge, form, then dissolve, though they can, and often do, come back up in future reflections.

I happened across a wonderful piece in the New York Times this morning that led me to reflect further on this. In her article, Hard Knock Life: What Are the Turtles Telling Me?, Nashville author Mary Laura Philpott writes of her desire to make sense of her encounters with an Eastern box turtle:

It’s just that assigning meaning to events is so satisfying. I want themes, threads, a plot that proceeds toward resolution. I want people to learn their lessons and change their ways and for the moral of every story to make us better as a species. But look at the news — full of arbitrary injustices and disasters, human beings treating each other with cruelty. The part of my brain that wants the world to conform to a story that makes sense crashes against the rock of reality again and again. My soul sometimes feels as battered as Frank’s head must after banging on my door.

After sharing some of the wonderful speculations that came to her mind, Philpott concludes,

"This is the story of turtles who came and left for reasons of their own. They’re turtles. It’s not their job to teach me anything."

For me, the question of whether and how we can know another being directly -- beyond empathy, beyond manifestations of our own desires, histories and preferences -- is still worthy of full and openhearted exploration. It may not be a bug's job to teach me anything, but I do think all sentient beings are wired to relate to each other, and it's in the relating that we'll come to discover what's possible.