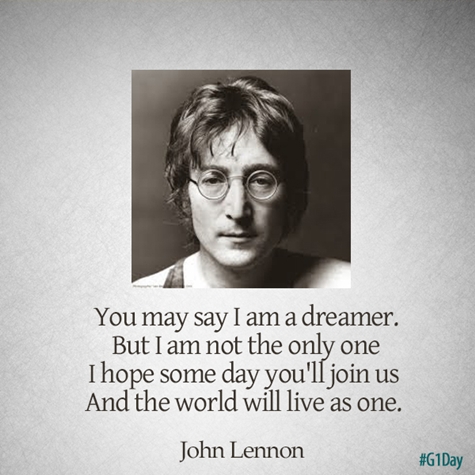 Less than two months after 9/11, I had the opportunity to hear Vamik Volkan speak on terrorism, religious and ethnic identity issues, and mourning over loss in the wake of this shared national group trauma. So, I couldn't be happier that Dr. Volkan will be in Knoxville on October 26th to present a conference on Terrorism and Its Effects on Politics and Society – the morning session of which is open to the public. He will focus on topics from his latest book, Enemies on the Couch: A Psychopolitical Journey Through War and Peace.

The opening chapters of Enemies on the Couch trace the evolution of psychopolitical thought from its more narrow focus on individual growth and development to expansion of our understanding of large group trauma and international relations.

In his books, Volkan writes of both popular and professional resistance to ideas about how we come to identify others as enemies or friends, how we engage in relationships with them, and how the effects of external, historical trauma are passed on to the children of those who suffered the consequences directly. But the idea of historical trauma has, for some time, also been acknowledged among people and groups who have experienced its intergenerational effects.

I became aware of this when I practiced in New Mexico in the 1990's. There, many Native Americans were already working with the notion of historical trauma to heal themselves and their communities from traumatic effects of physical, emotional, social, and spiritual genocide, endured for more than 500 years, and imposed under European and American colonialist policy.

Here in the South (and elsewhere) descendants of both slaves and slave holders now use a "transforming historical harms" framework to acknowledge and heal wounds from racism that is rooted in the history of slavery in the United States.

Professional attitudes began to change in a concrete way, says Volkan, with the initiation of a series of dialogues facilitated by the American Psychiatric Association's Committee on Psychiatry and Foreign Affairs between Egyptians and Israelis from 1980-1985. He describes the dialogue process, and his participation as a facilitator, in fascinating, inspiring detail.

In a 2007 essay about my own shift toward using psychoanalytic ideas to understand the world beyond the consulting room, I wrote: "The space between changing the world one consciousness at a time and influencing social change on a larger scale has always seemed like a huge leap."

Hearing Dr. Volkan in 2001 (and several times thereafter), I have relied on his work as a major source of information for my continuing professional interest in the transformation and healing of collective trauma. I also use it to inform my day-to-day citizenship, and my participation in social and environmental justice projects.

So, yes, I see knowledge of political psychology as having very practical applications. What attracts me or you to a specific issue or political position? Why do political relationships become so polarized and unmovable? What are the psychological dynamics that shape and drive relationships between leaders and followers? It’s possible to shed more light on such questions when a psychological perspective becomes part of the exploration.

More and more it seems to me that the space between changing the world one consciousness at a time and social change on a larger scale isn't so huge after all.

If you can be in Knoxville on October 26th, I hope you will join my colleagues and me to hear what Vamik Volkan has to say about terrorism -- a topic about which many Americans have fearful concerns -- and how shared traumas such as 9/11 impact our politics and social fabric.

For more information on the conference:

If you are on Facebook, you can go to the Appalachian Psychoanalytic Society's event page for Terrorism and Its Effects on Politics and Society. People may register at the door, but can take advantage of a lower registration fee if they sign up by October 22nd.

Download the registration form for the public session, or

Download the professional participant brochure and registration form at the APS website: scroll down to the link under Part 2. (CE's available for professionals attending the full conference!)

Here are some links to Dr. Volkan's earlier books:

The Need to Have Enemies and Allies: From Clinical Practice to International Relationships (1988),

Blind Trust: Large Groups and Their Leaders in Times of Crisis and Terror (2004), and

Killing in the Name of Identity: A Study of Bloody Conflicts (2006).